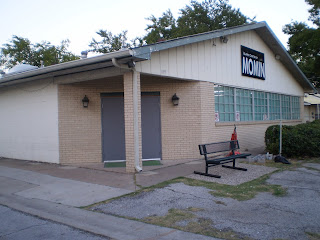 My daughter Mina’s words reverberate in my years, “gee dad, god can be worshipped in so many different ways,” Indeed the creator remains a mystery to most of us, but he created enough symbolism for people to latch on to. 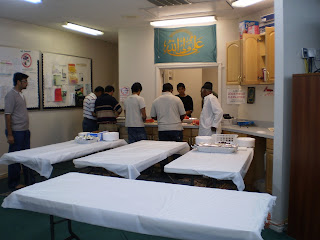 It was also a new experience to me that the Imam was reciting the phrases that individuals recite quietly in most other mosques like the phrases while kneeling and prostrating. I have been to Shia Mosques before, but this is a new experience indeed. Additionally they combine Noon and a afternoon prayers and again evening and nightly prayes together.

I took about three pictures and one of the men walked up and said we cannot take the pictures of the Mosque; I understood their rules and stopped it. Then the President of the center Mukthar Dhanji said that he will email me the pictures and as soon as I get them, I will upload it.

The food was good and got to chat with several people that I have known over the years including Reza Ali, the Naat Khwaan (reciter of poems praising the prophet) and Amin Ali who was the photographer for on of the Banquets for Cricket I had arranged years ago.

After the prayers dinner buffet was open and it was typical Indian (or Pakistani) food, Chicken Biryani (chicken fried rice), great tasting lentil and lamb and the desserts which I resisted.