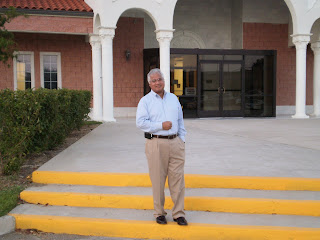 Friday, August 13, 2010
3rd Day of Ramadan.
I decided to visit 29-30 Mosques this month for Iftaar, per my schedule I was to go to the Ahmadiyya Mosque in Allen this evening. While driving to Allen, I spoke with Mohammed Malik, the PR man for the Mosque in Allen, Texas and had an exchange with Dr. Jari Khan, president of the Center and moved the schedule to Sunday to attend their Dars (lecture), iftaar and the prayer.
I called Marzuk Jaami and Imam Shakoor to go to the Warith Deen Mohammad Mosque - they were out of town and the Public Iftaar is set for tomorrow. I guess, I will go there next week.
Then I was going to go to the Momin Center in Irving, the Shia Mosque, my friend told me that they will have the Iftaar after the evening prayer, that is almost an hour later. I thought of going to Madinah Masjid, in Carrollton, but instead due to time constraint, I went back to Carrollton Mosque for the 2nd time for Iftaar, really third time as I was there for the Friday prayers as well. At least 40 people attened the iftaar (breaking of fasting) with Dates, Water Melon and then later on enjoyed the Chicken Biryani (chicken fried rice).
Women from Nigeria and Somali wore colorful clothes and the eight of us from yesterday were part of the 40 some people today. Azhar Aziz, president of the Carrollton Islamic Council said Obama was hosting the Iftar at the white house tonite.
I see a lot of commonalities in my writings and Obama's speeches, indeed, prior to the elections and a month after that - I wrote the blog, a few days later he spoke the words, identical to mine. I feel good about it.
Here is the Obama Video and Speech, you appreciate his Pluralism
http://groundzeromosque.blogspot.com/2010/08/obama-supports-ground-zero.html
Posted by Mike Ghouse at 9:09 PM